In 1947 Harley-Davidson introduced a new engine: the Knucklehead engine had undergone a far-reaching revision. After the F-Head (produced since 1909), the Flathead (1928) and just the Knucklehead (since 1936) now followed the Panhead engine, in the first years optionally with a 1000cc or 1200cc displacement, later and until the end of production in 1965 then only the larger displacement version.
The official designation of the Panhead was FL.
The gray cast iron cylinders of the Knucklehead were retained, but the cylinder heads were made of heat resistant aluminum light alloy.
The main problem of the Knucklehead engines was the oil circulation and oil consumption, therefore - in order to keep the engine cleaner - the new oil lines were moved inwards and in addition hydraulic valve lifters were installed to reduce the tilting noises and to facilitate the maintenance. From then on, the cylinder heads featured chrome-plated, smooth-surfaced covers, which earned this generation of V2 engines the nickname Panhead ("pan head").
The Harley-typical Springer fork was still on some models, but in 1949 a hydraulic telescopic fork was installed for the first time, which gave the type of this heavy touring motorcycle the name Hydra Glide.
The frame was also improved: it now consisted of a "wishbone" frame with curved front downtubes. The extremely popular styling of the pre-war motorcycles was retained to everyone's delight - then as now. 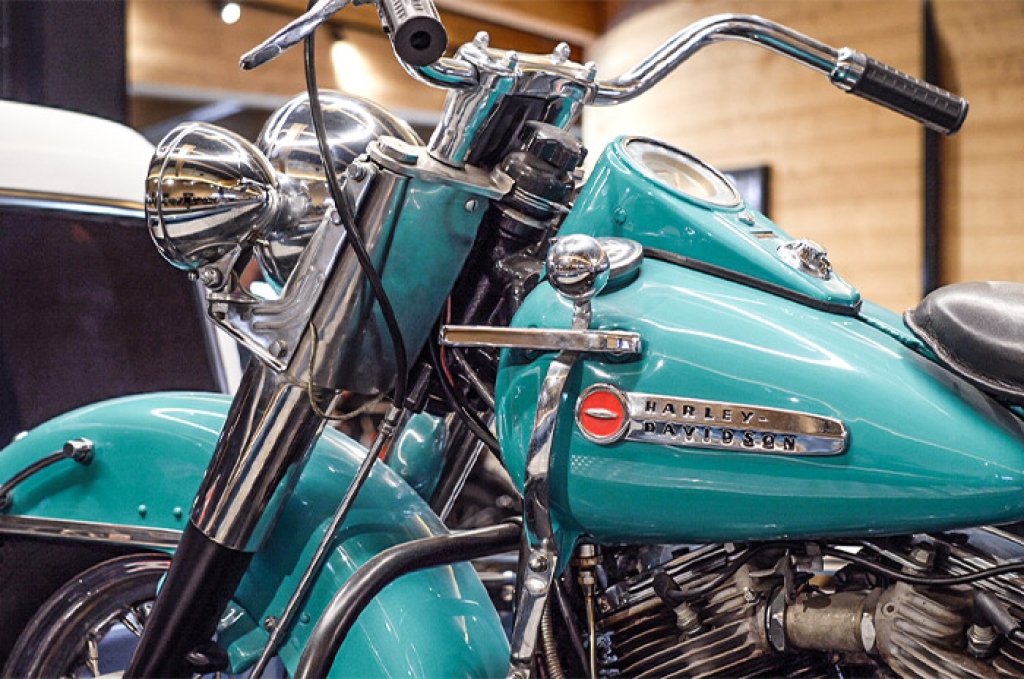 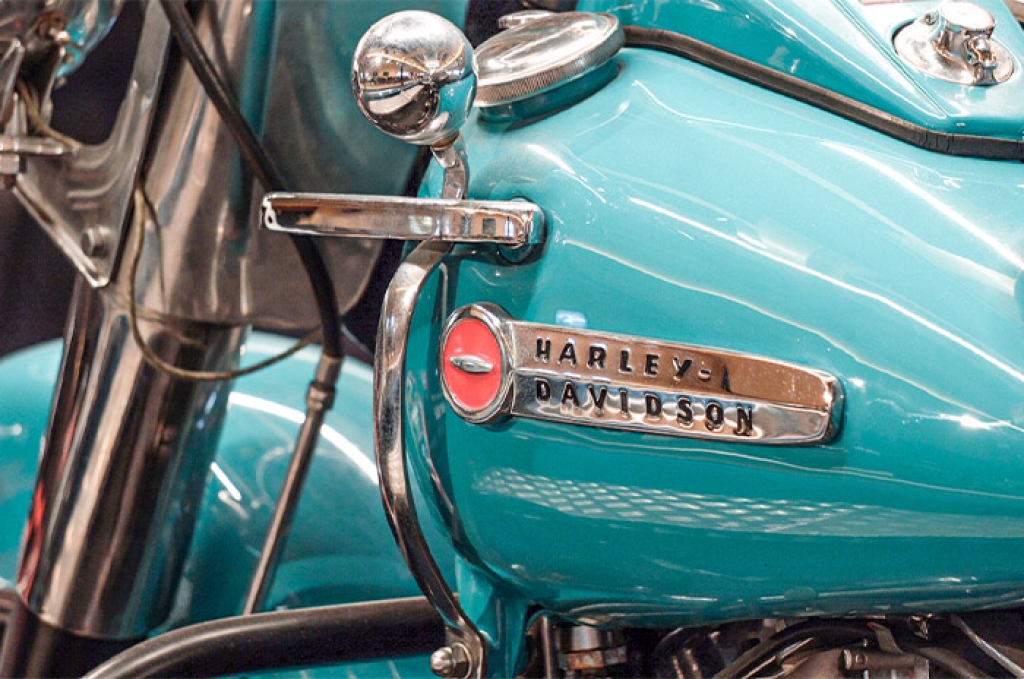 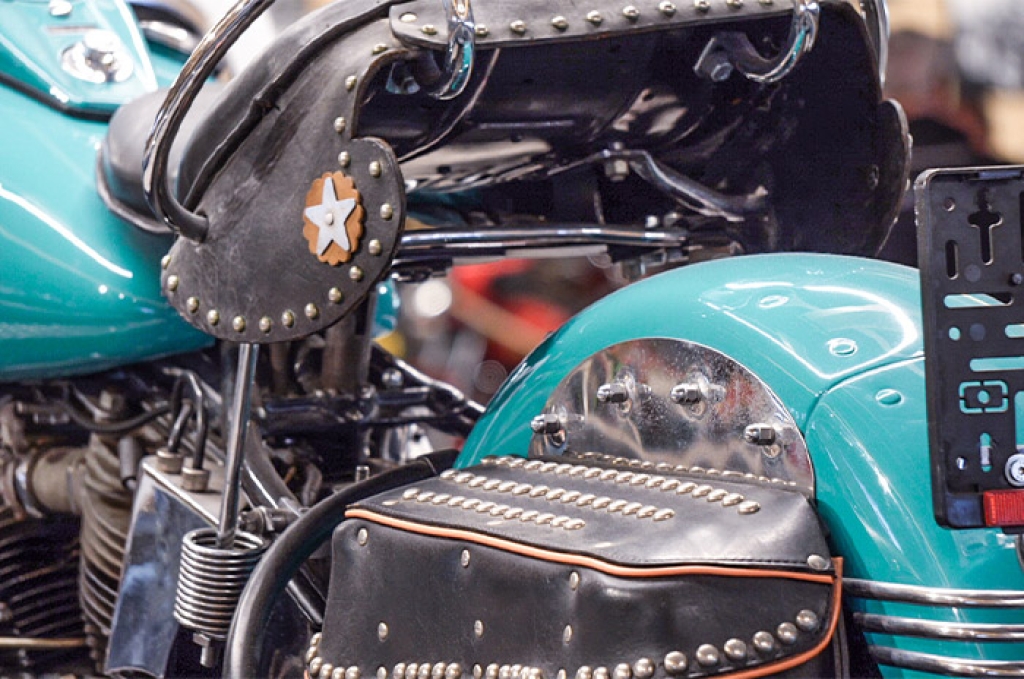 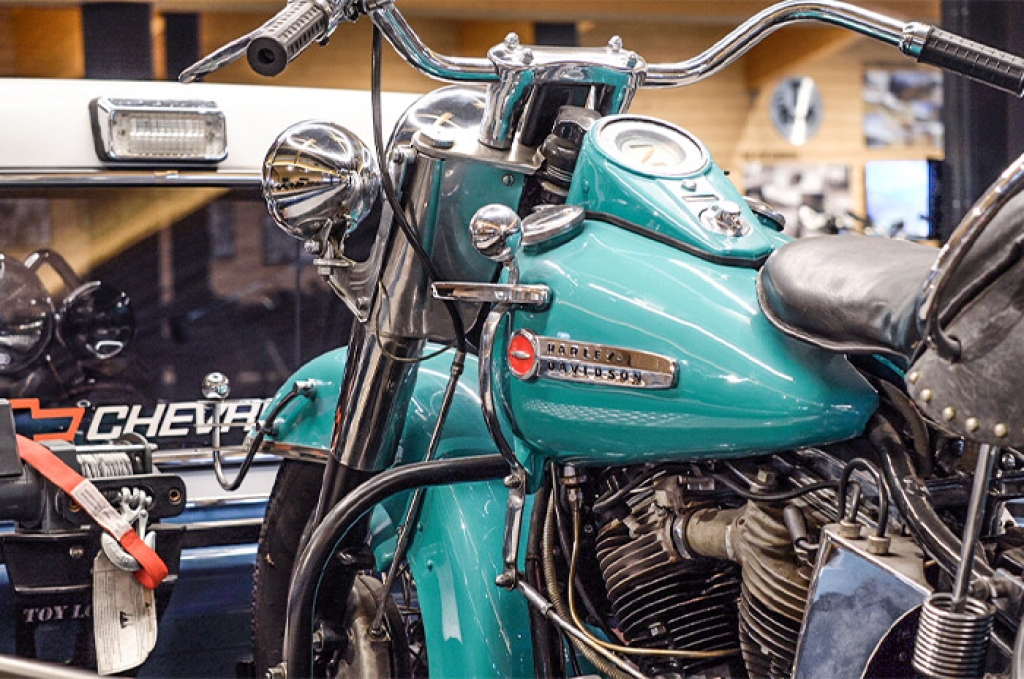 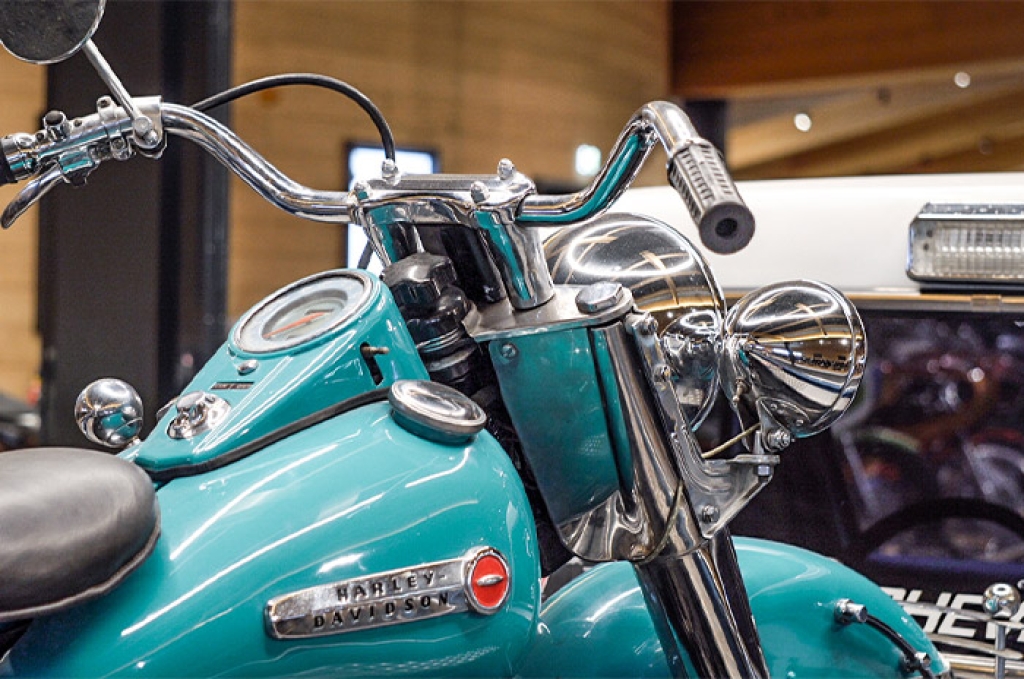 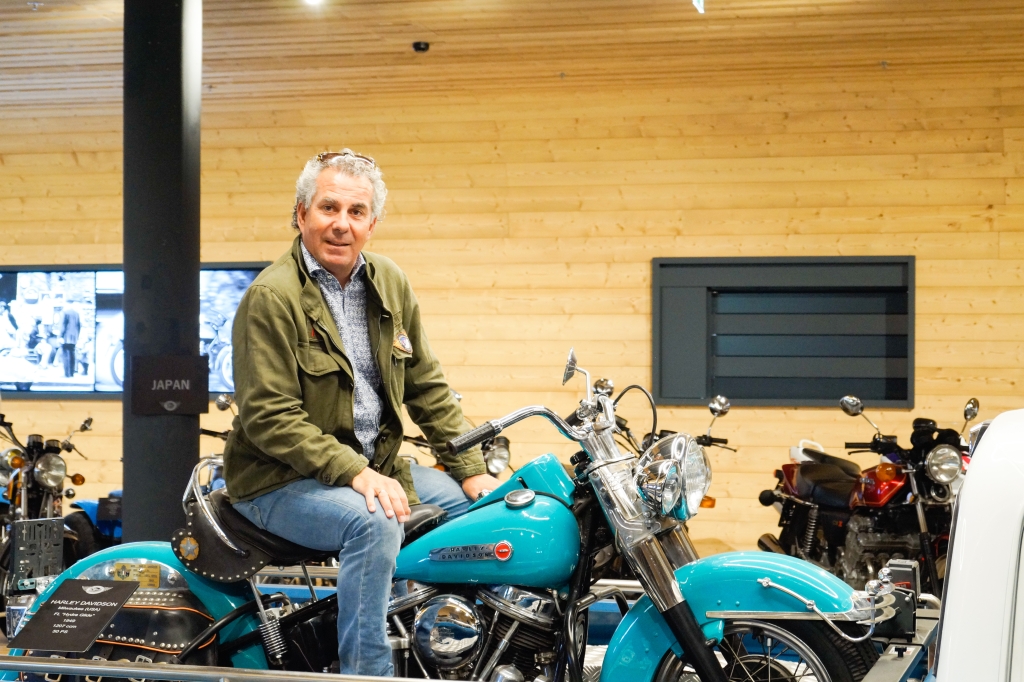 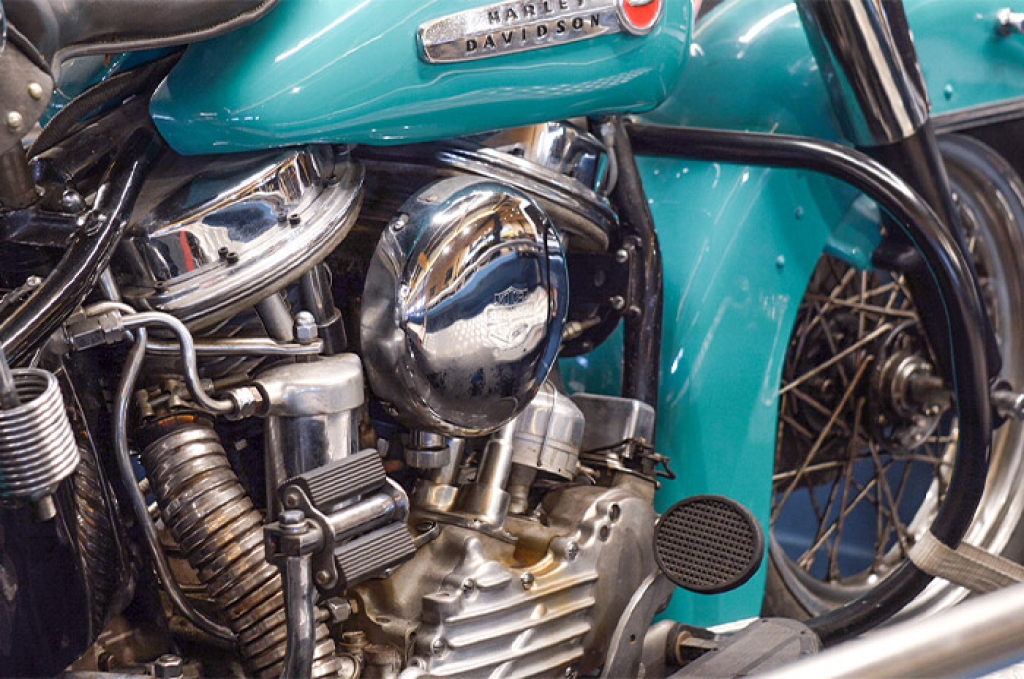 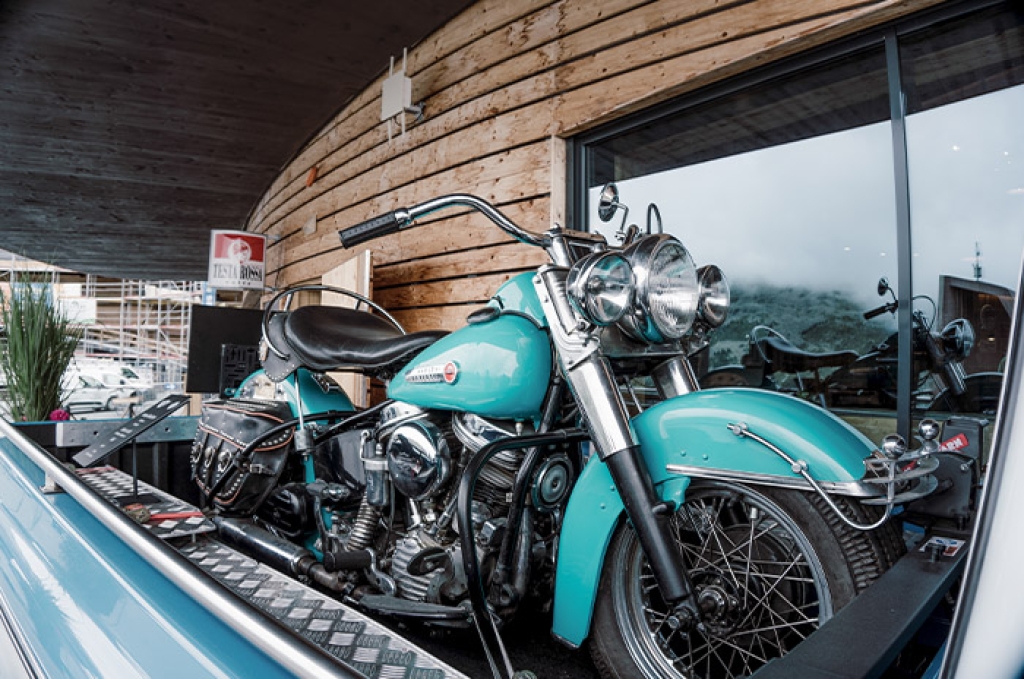