Founded in 1884 by the Nuernberg emigrant Siegfried Bettmann as Triumph Cycle Company and registered 3 years later as New Triumph Co Ltd in London, initially drove out sewing machines and bicycles, from 1889 initially even bicycles under the brand Triumph and finally from 1902 the first motorcycle was to be manufacturated at a factory in Germany.

In both world wars Triumph motorcycles were used by the allied forces,and in the interwar period they also started with the production of cars in the plant in Coventry.

In 1937 the then new chief engineer Ted Turner presented the first Triumph Speed ​​Twin (T 100), equipped with the new 498 cc two-cylinder engine, which at the time managed at least 90 mph maximum speed. This first Speed ​​Twin established the shape for the Triumph bikes built over the next 40 years.

In the years following World War II, most of the production was relocated to the United States, and as a result, Triumph motorcycles were the stars in world speed records and in many Hollywood films, including Marlon Brando's "The Wild One" motorcycle.

For the time being, the T100 was a fast, reliable and comfortable motorcycle that found many fans and buyers in North America and Europe.

With the advent of large-capacity, Japanese four-cylinder Superbikes Honda (CB750) or the Kawasaki Z1 early 1970s and due to a lack of response from Triumph to this new market situation, the Triumph Engineering Co Ltd fell into economic difficulties, which eventually lead in the closure and resulted in the demolition of the parent plant in Meriden.

Since 1990 motorcycles of the brand Triumph are being built again in the United Kingdom in Hinckley and in Thailand. 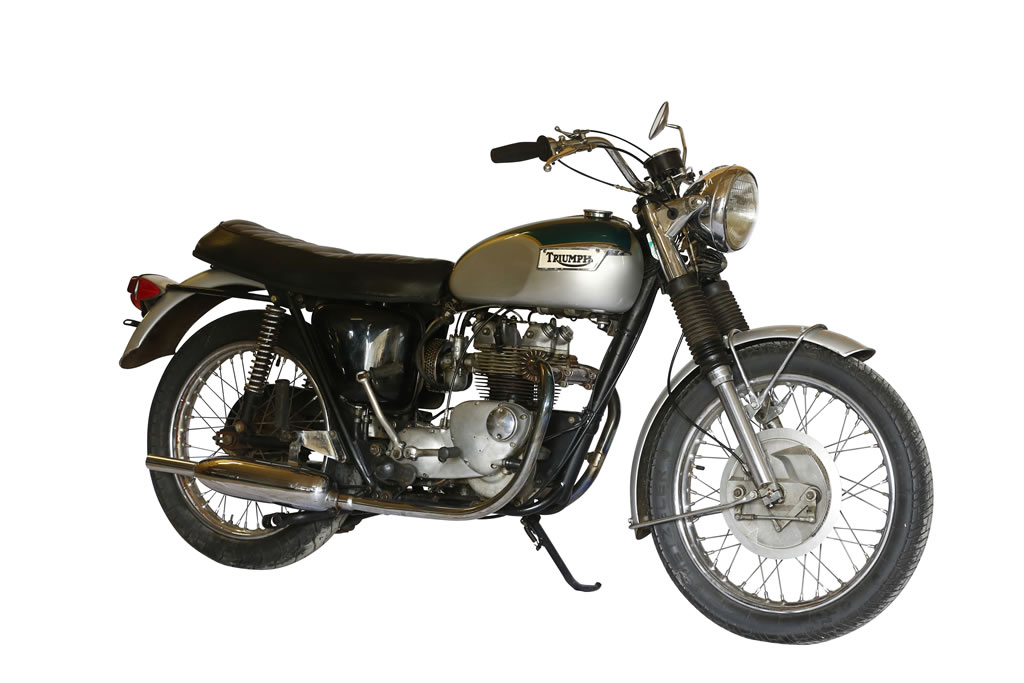 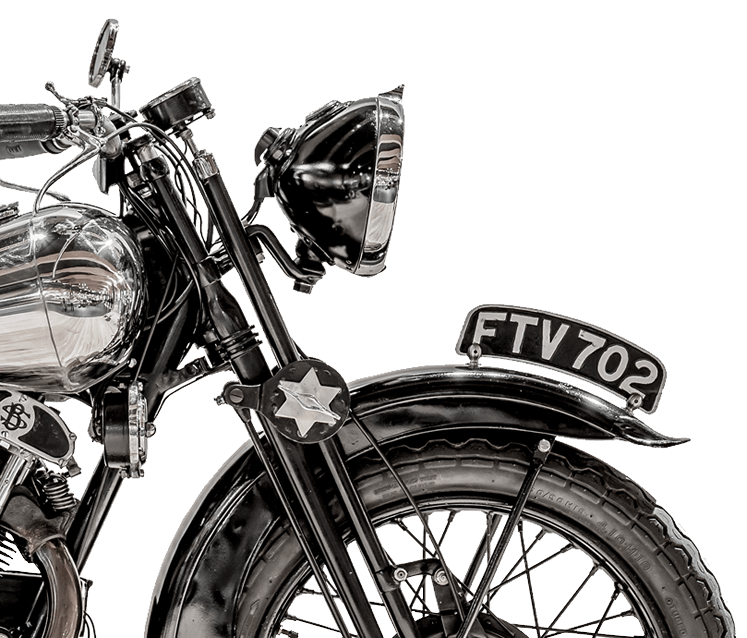