The permanent special exhibition "Expeditions and Research Journeys Prof. Max Reisch" shows all the Puch motorbikes, expedition vehicles and historical equipment of the Tyrolean researcher and now internationally renowned transport pioneer Prof. Dr. Maximilian Reisch, whose pioneering expeditions in the 1930s and 1940s took him to almost every continent.
Another focus topic that ties in with this special exhibition: "Motorsport in Tyrol of yesteryear" - here the Tyrolean motorsport pioneers, their vehicles and the races that were legendary then and now are presented!

From Vienna to India by motorbike

From Vienna, student Max Reisch sets off on his Puch, Type 250 T (250 cc, 6 hp, built in 1933) on a journey to India.
For the first time, this destination is reached overland by motorbike - a total of 13,000 kilometres that take him from Vienna via Turkey, Iraq and Pakistan to Bombay in India.
Reisch wrote a travel documentary about this journey: "India – The Shimmering Dream", which is still being published today (Panther Publishing, High Wycombe, UK, ISBN 978-0-9556595-9-1).

From Palestine to China and then around the world

After this successful expedition to India, the plan is to continue through Asia - the goal is to cross Asia by motor.
For this ambitious project, the Austrian car industry provided a Steyr 100 (1380 cc, 32 hp, built in 1934) with a special body made of sheet aluminium.
The engineer Helmuth Hahmann from Vienna accompanies Max Reisch on this daring undertaking, which takes the two pioneers of motor sport from Palestine via India and Indochina to the "Middle Kingdom" with the destination Shanghai.
However, this pioneering feat is not the end of the story: On behalf of the industry and the ÖAMTC, Max Reisch continues the journey with the Steyr 100, which now becomes a round-the-world trip with a car. Via Japan, the USA and Mexico, Max Reisch returned to Europe after covering an incredible 40,000 kilometres. 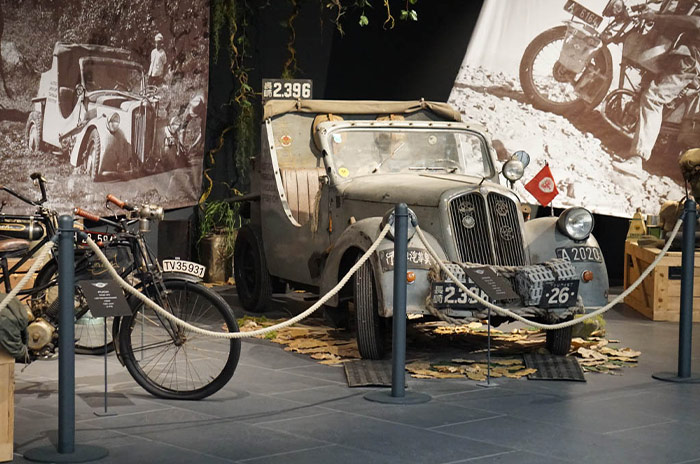 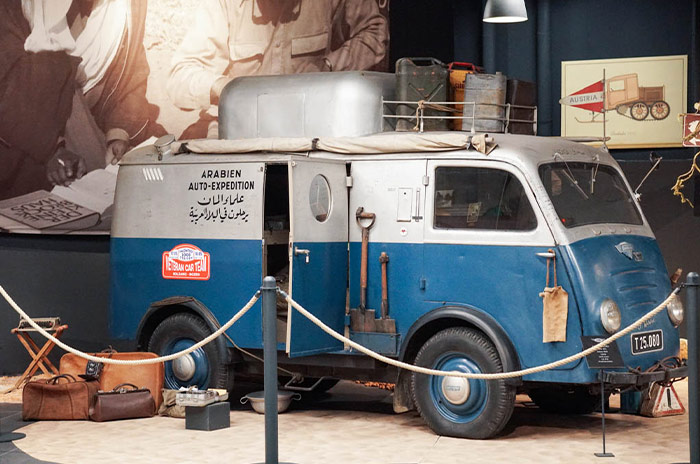 With Europe's first motorhome through Arabia

Dr. Max Reisch was involved in the development of what was probably Europe's first motorhome, which the "Jenbacher Werke" in Tyrol constructed for him in 1949/50. The "Jenbacher Werke" assembles the small truck "Atlas 800" (Jenbacher Gutbrod, type Atlas 800, built 1950, 800 ccm, 18 hp) for the German company Gutbrod.
Max Reisch explores the Sahara with this small truck, called "Arabia-Sadigi", and is even invited to er-Riyadh, the capital of Saudi Arabia, which is closed to foreigners at the time. A year later, Max Reisch went on a study trip to the Sahara, accompanied by his wife.

The Orient Archive contains all the records and photos of Professor Dr. Max Reisch's numerous expeditions. In addition, there are film documents and publications by him or contributions by his contemporaries about him and his journeys.
From the very beginning, the pioneer Dr. Max Reisch documented his deeds in great detail, both pictorially and literarily - an almost complete history of his life!
A special place is occupied by the Asiatica:. They comprise all the remarkable cultural-historical "travel souvenirs" that the explorer collected during his fifty years of activity. These include sculptures, paintings, musical instruments, weapons, books and profane objects of everyday use that provide an insight into the culture and customs of the countries he travelled through. 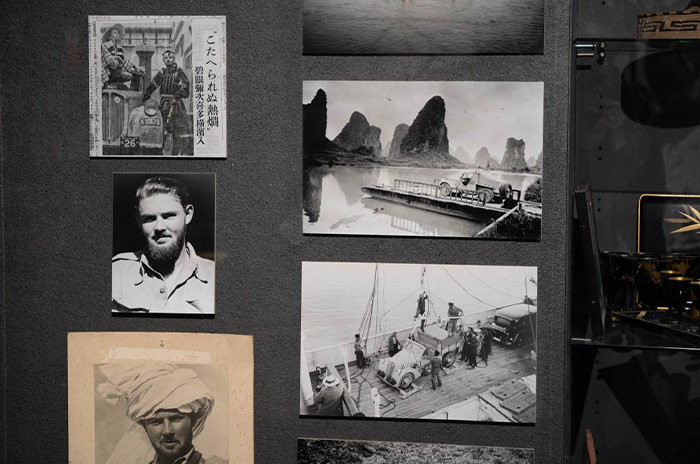 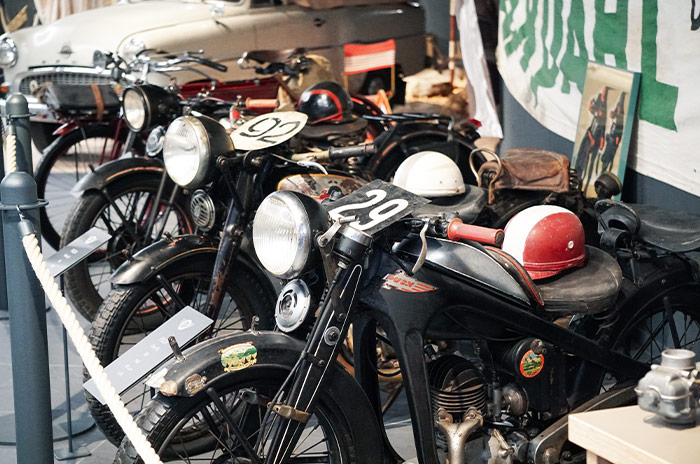 Motor sport in Tyrol of yesteryear

The Tyrol and its passes and mountain roads have exerted a great attraction on motorcyclists from the very beginning. Numerous races in Tyrol even in the early days of motor sport testify to the passion and daring of the local racers.
With a collection of these racing motorbikes, we bring the legendary pioneers, the races and their vehicles before the curtain at the TOP Mountain Motorcycle Museum!