The Vincent brand, named after its founders Philip C. Vincent and Howard R. Davies, began producing some fabled motorbikes in Stevenage, the headquarters of "The Vincent H.R.D. Company Ltd", from 1928.

Like all heavy machines from England by BSA, Triumph, Ariel, Royal Enfield, Norton, Sunbeam, AJS, Scott, Panther, Rudge and Velocette, motorbikes of the Vincent brand were in hot demand all over the world.
In their day, Vincent machines had the reputation of being the fastest, most expensive and most exclusive motorbikes available, so the Vincent brand was a more than worthy successor to the famous noble Brough Superior.
Philip C. Vincent had one thing in common with his automobile colleague Sir Henry Royce: as with a Rolls-Royce, only the best of the best was used for all components of the motorbike - Vincent machines were strong, fast and exclusive.

In 1948, Rollie Free set the US motorbike speed record of 241.85 km/h on the Bonneville Salt Lake in Utha/USA with a Vincent - lying flat on the Vincent, wearing only a helmet, swimming trunks and slippers for the acrobatic feat.
A streamlined Black Lightning ridden by Russel Wright held the absolute motorbike speed record of 298 km/h from 1955 to 1956.
Our 1000cc Black Shadow (55 hp) and the Black Lightning (72 hp) were still considered the fastest production motorbikes until the late 1960s, which is another reason why the "Black Shadow" was and still is one of THE dream machines of several generations of motorcyclists!

And for another reason, our Black Shadow is something very special: it had survived the major fire of the museum in 2021 severely damaged and was now in November 2022 - exactly 1 year after the reopening of our museum - completely renovated and handed back to us in all its glory! 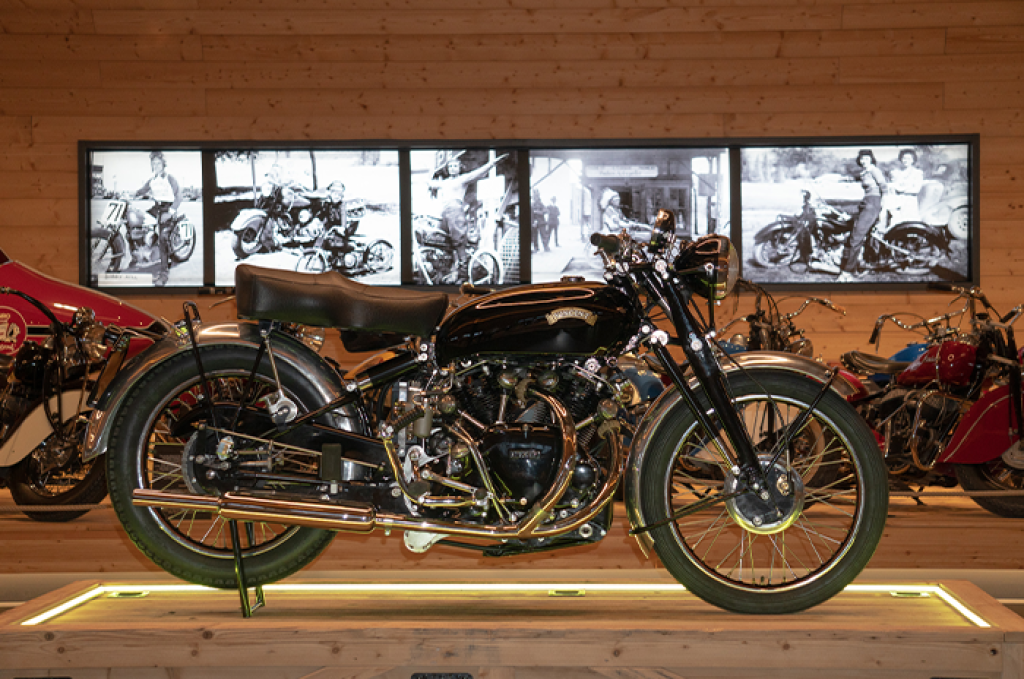 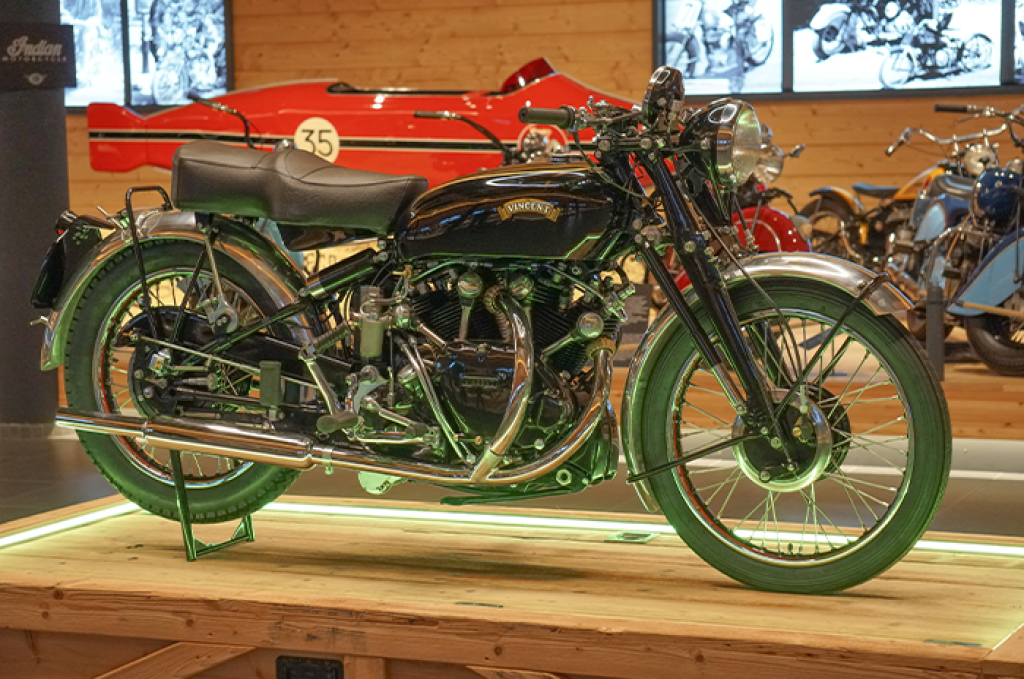 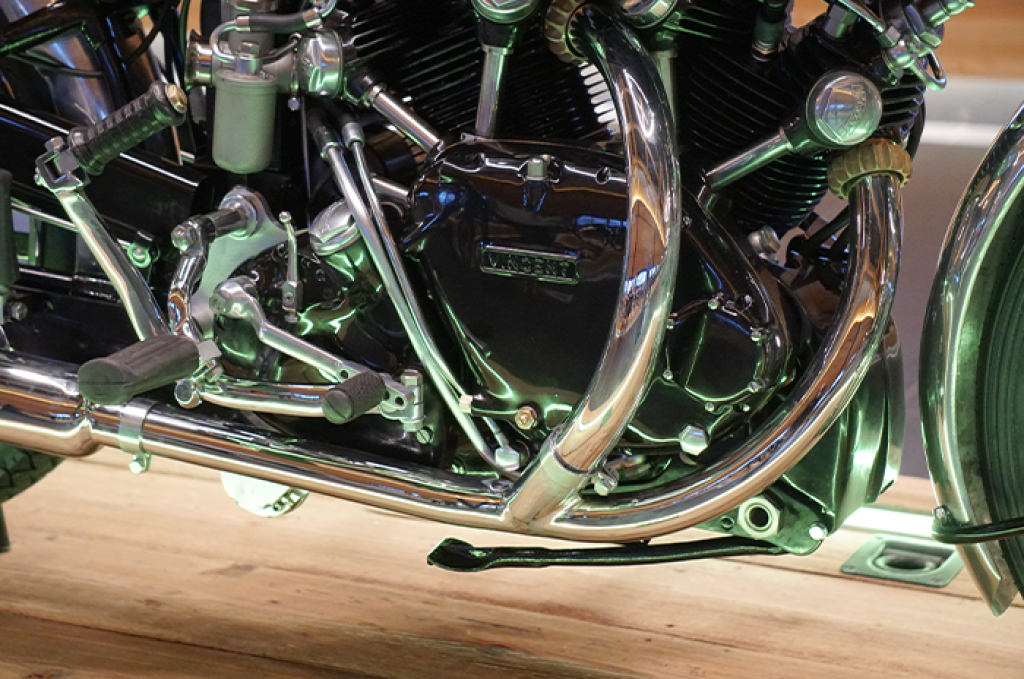 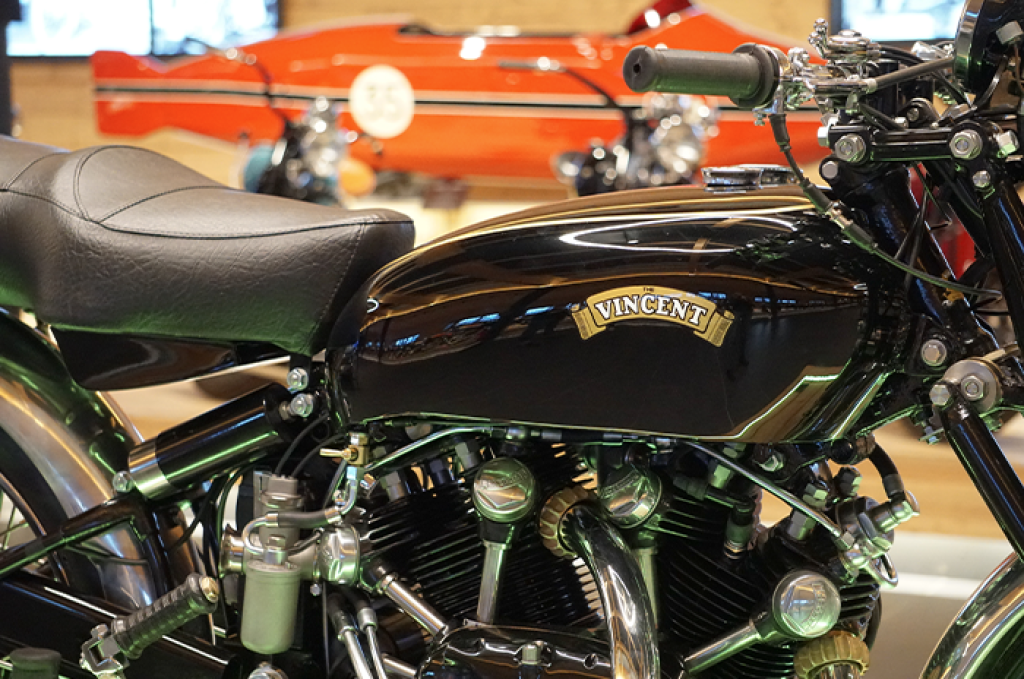 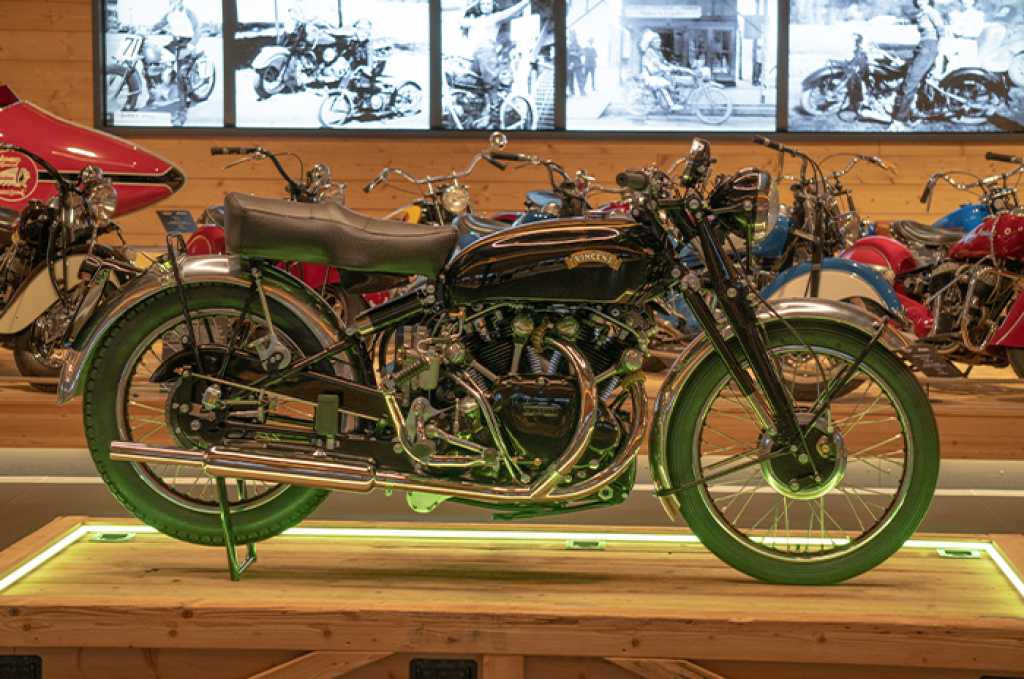 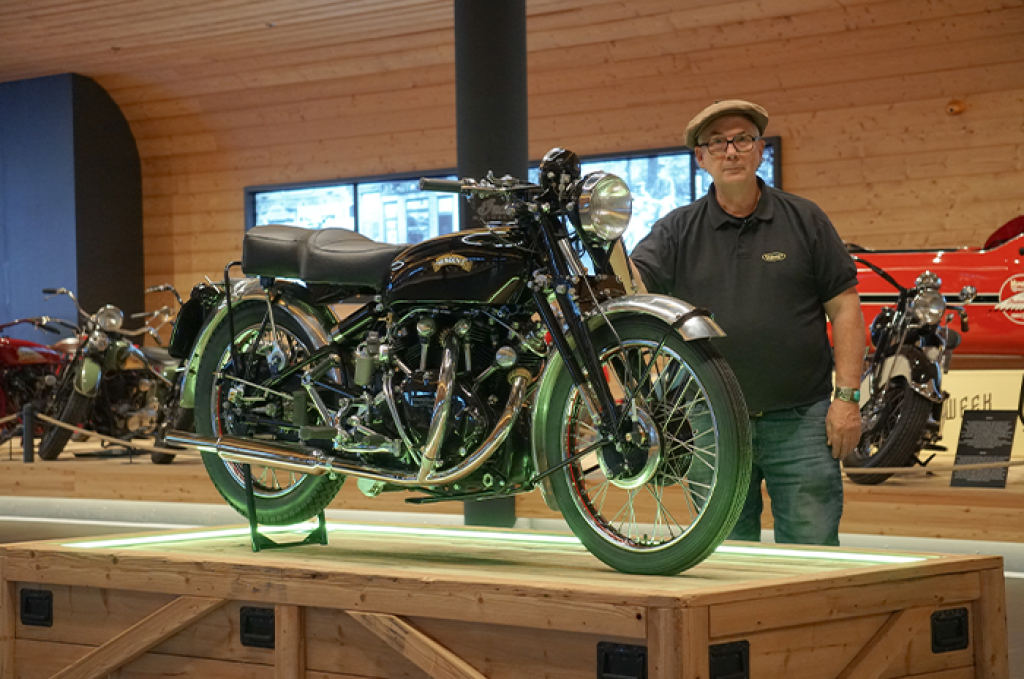 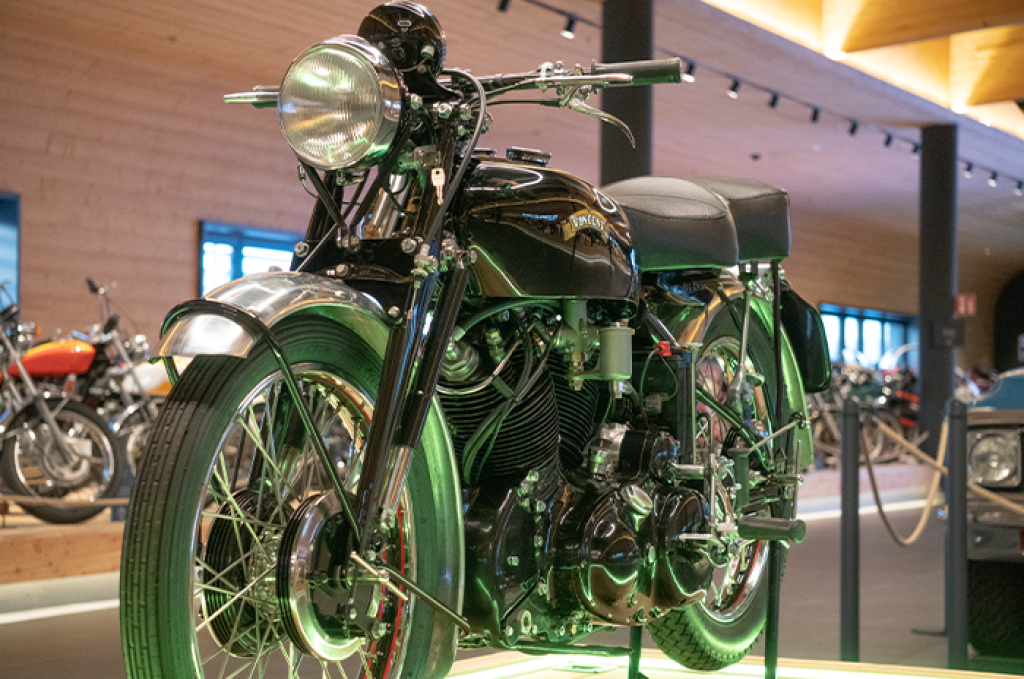